This month's update celebrates the arrival of a somewhat more spooky and scary season and this content package is really thrilling indeed. There will be plenty of new additions coming to our game, an entirely new Halloween-themed event, and on top of that, we'll also have the previously announced improvements to our Decoration Forge!

But let's not keep you in the dark any longer and shed some light on what is going to await you in our upcoming October Update!

"Summer is over, yet Autumn has come and this year
October will be second to none!
The nights are getting longer and darkness ensues,
but oh boy have you heard about our spy's latest news:

Being brought back to life, the dead seem to rise!
They may look normal to you, but they're cloaked in disguise.
They're roaming our lands, hunting for souls so sweet,
in an event true to the motto of the known "trick or treat"!

So you'd better be prepared and think good about your path,
for you might face your doom during 'The Reaper's Wrath'!"

Halloween is not only prone to rhymes but also one of the year's most celebrated events. That's why this year we are also going to have a dedicated Halloween-event in our Great Empire fittingly named "The Reaper's Wrath".

We provided you with a short overview of this event in the "Our Plans for Q4 2018"-thread, but now it's time to showcase this event to you.
This thrilling event will run from the 24th of October until the 31st of October!

During "The Reaper's Wrath" you'll join the dead in their hunt for souls: 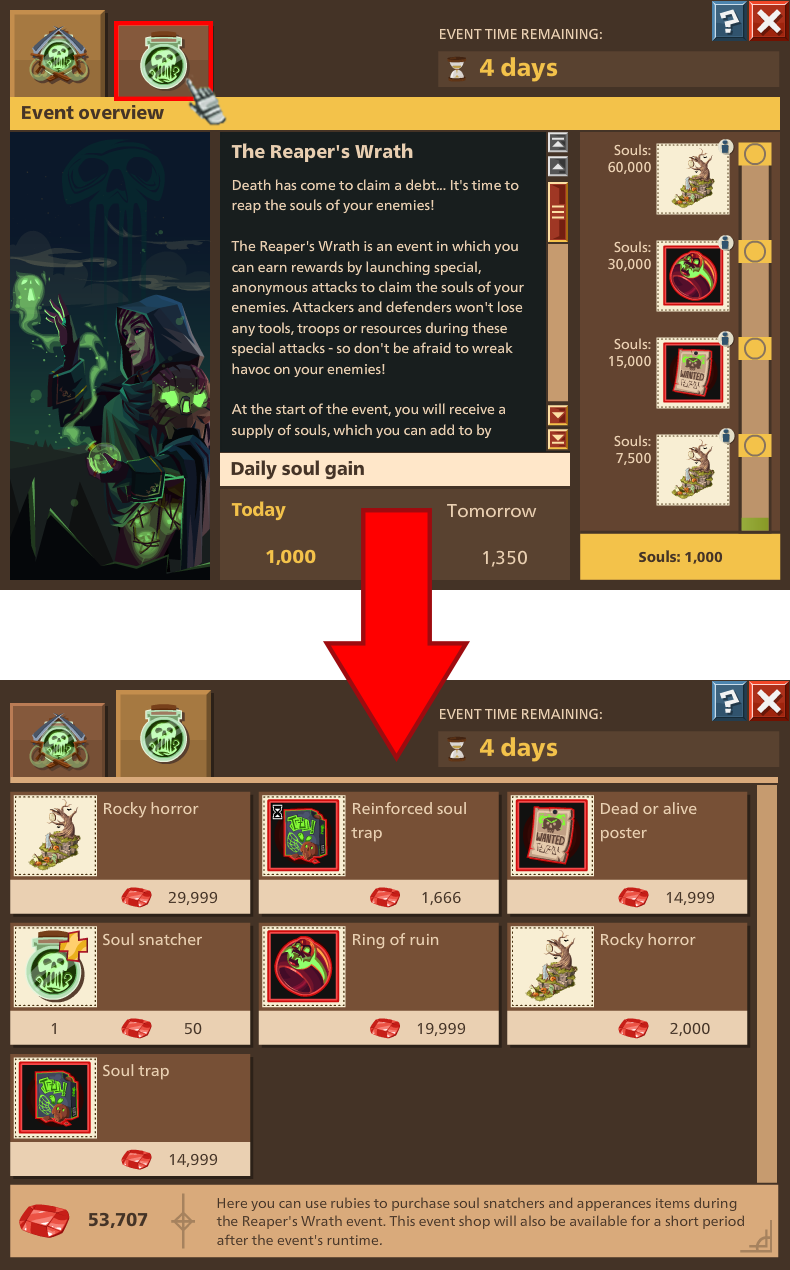 As mentioned before there will be new skins for your castles in our great Empire, coming with this event and their scary looks will truly strike fear into your enemies hearts!!! 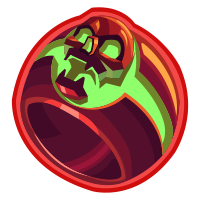 
You will be able to purchase them with rubies, as well as via the event rewards for 30.000 souls. They are only cosmetic skins though, which means, that there will be no stats bonuses for them. Those new castle skins are permanent, but you can't slot them with gems.

The day has finally come and we're proudly presenting you with two (new) well-known events which will be implemented with our upcoming update for Empire: Four Kingdoms!

We want to give you a quick explanation of how the fusion decoration forge works and what you have to look out for, which will be visible in-game! That's why with this upcoming update we are going to implement our Quick guide, which you will be able to open by clicking on the Quick guide button (highlighted by first red square below):

By clicking on the check-mark button you'll get back to the initial decoration forge dialogue. But as you will see while scrolling down, there's also a list of our essential components which you need to know more about to make a fusion process work. You will be able to click on the information icon for all of those listed components and an information dialogue will open. Clicking on the ruby icon will open the ruby market of the deco forge, where you'd be able to buy those resources.

The following example will show you the information dialogue for the target decorations: 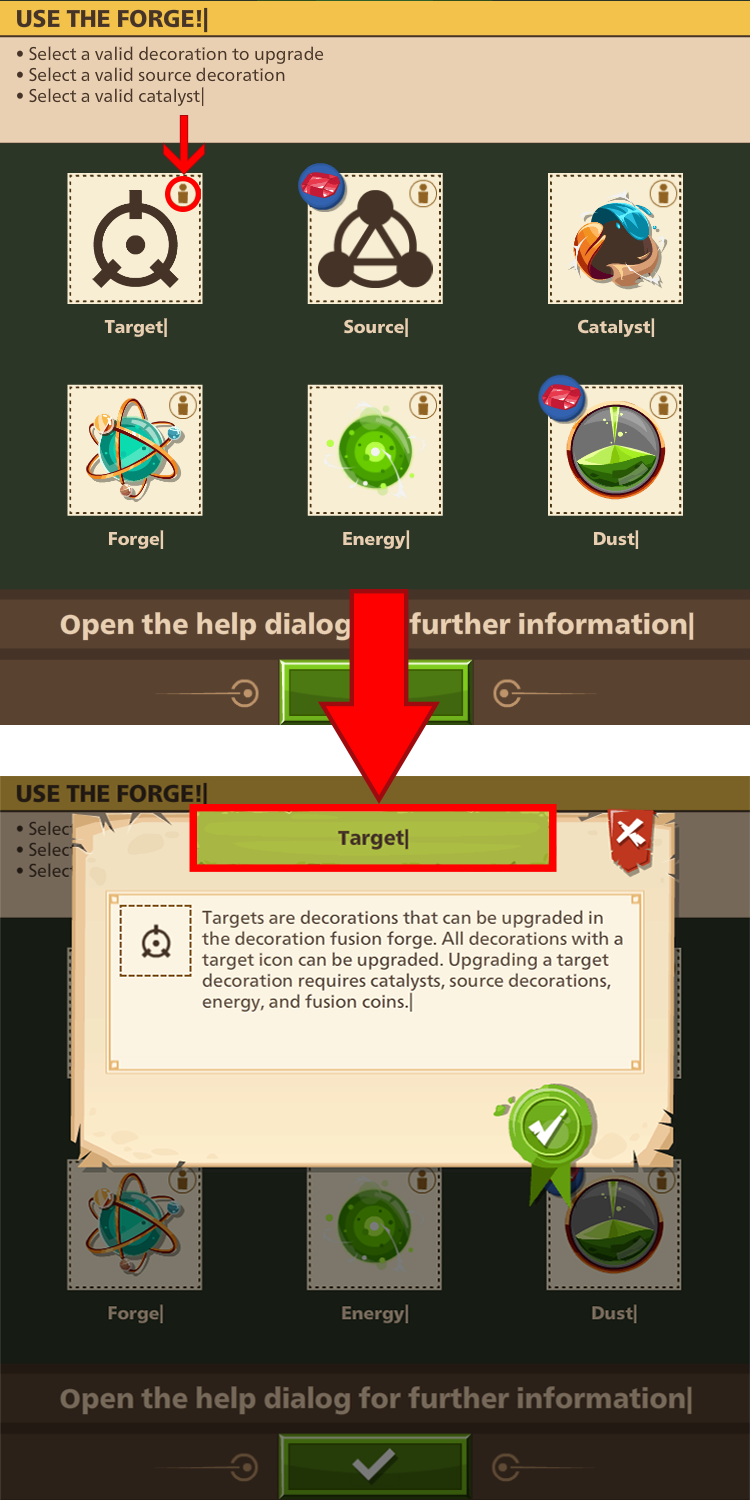 On top of our "The Reaper's Wrath" castle skins, you'd also be able to get new construction item appearances for your keep and your storage as well: 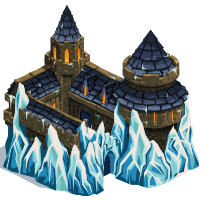 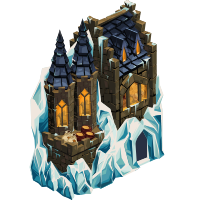 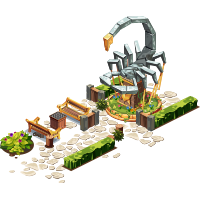 We are going to introduce a new type of booster, similar to the one that you all know for the charms that you can get during the Shapeshifter event. But this new booster will increase the number of blood points that you will get.

The new blood point boosters will work like this:

The plan is to release this update on the 24th of October 2018. We will start with the update procedure early in the morning between 10:00 CEST and 13:00 CEST. The downtime is expected to be around 30 minutes long. Of course, food will be frozen during that longer downtime. But as always, do not take the aforementioned times as guaranteed, be aware of possible delays due to unforeseen circumstances.