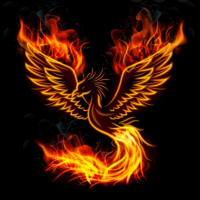 BM_Red Phoenix US1 Posts: 456
29.06.2021 edited 29.06.2021 in Update Questions & Feedback
Topics discussed:
1. Blacksmith - the changes had to be done as there was a problem with the game economy, and the cms worked with the studio to come up with a solution which hurt the least for the players. When blacksmith was introduced last year, there were no limits set, hencethere was a massive increase in stocks you could essentially purchase. This made future development of game very difficult because we balance all our features based on the stocks. Any new features we bring in game, we have to price similarly high, and that causes difficulties for low level players, because of price based stocks. Therefore there is a need to reduce stocks as quickly as possible, have to go low and work back up. We set a base level, and slowly adjust back up, until everything is in balance.
Over the course of Summer and Autumn, the items in the master blacksmith will be adjusted and the cost and limits will potentially change. It will get better over time, gold and silver prices will be adjusted, so that incoming stock matches the outgoing stock, similar to the game balance prior to the introduction of the blacksmith.
The relic bakery and storehouse in the blacksmith means, players will use up their gold coins, and we don't have to price things so high. If everyone has huge stocks of gold coins, we have to price relic buildings really high, which means only people with extreme amount of gold can afford it.

2. Multi accounts/Alts - almost impossible for the studio to prevent someone from creating alternate accounts and leveling them up, as players circumvent measures put in place.
In terms of players logging others to set defence, it is not possible to stop players from swapping passwords and it is part of games where alliances play. We highly recommend against sharing pw, because your account could be taken over and destroyed. We recognise bigger players are better able to hide their alts than smaller ones.

3. Toolburners/small attacks- we can take the suggestion to disallow small attacks from legendary levels, but can't guarantee it gets implemented and it depends on how much resources are needed to develop that change. We ask the moderators to bring forward QOL suggestions to present to the Studio, twice a month. The Studio will assess to see whether it's technically possible or if its too disruptive to normal game development.

4. Robber barons outdated - we can suggest more rubies but then it would go through the game balancer and they decide if its acceptable. If its a bigger rework idea, players can get together a consensus idea and give it to the Mods, to pass to the Community Management team.

5. Storm rewards - larger rework of forts etc not likely. However based on the feedback from mods and players, we are requesting for the individual rewards to be relooked at

6. Entry levels for players - players entered and had access to a huge amount of content right at the start, watch didn't necessarily provide a sense of achievement. Players levels 1-20 have enough to do to develop their castles, pvp and then we slowly bring in events for progression and players aim to grow. Rather than accessing everything too quickly, players will now be able to discover events in different stages, which ensures quality players at higher levels.

7. Samurais - will be back in July but may not be back in coming months. It depends on how the event performs in July, how many play, because in the past, the numbers for samurais were much lower than for nomads.

8. New players to servers - the default is W1 but other servers get new players too, it depends on how the player comes in, eg via banner ads, Facebook etc

9. Sales offers - the sales department takes care of the financial side of the business and the community managers have purview of sales strategy or offers. Higher level offers get offered because it is not attractive to sell the same items over a longer period of time, people don't buy.
However they have given the feedback that players are getting annoyed with the ever increasing levels in offers.

10. Server merge - the Studio is aware that servers have shrunk. It is possible to have a server merge, but it would be extremely difficult and error-prone, would need huge effort and development resources and it would not be possible to do anything else for a long period of time (events etc). Or may happen in some time but not now. Newer app games have newer technology and its possible to fit everyone into one server / world. However with an older game like E4K (10 years), there are legacy issues and it's not possible to put everyone together easily.


11. PVP - the CMs have had a discussion with the game designers about pvp on possible changes. Its hard to change a running system as it disrupts game play and with the mood of the community as it is right now, if the Studio were to make a major change, it would annoy players. In the upcoming 2 updates, there is interesting content which would affect pvp. There are also discussions to get a better balance between attack and defence, although it is a constant seesaw.

12. Capitals/Metros - within the last 3 months, we have had a discussion on what to do with the assets, and suggestions are being reviewed by the Studio