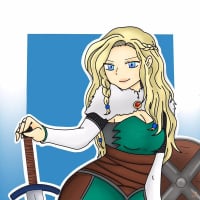 The Engineers of the Great Empire have been hard at work over the last few weeks, tweaking some of their previous inventions. Not only that but the Heralds have reworked the way they deliver messages. All in all this update is full of great new content for you.

Five New Relic Build Items will be available shortly. Each brings a new unique effect into play. First up you’ll be able to place one into your Encampment. This will provide a bonus on your flanks while the Barracks will provide a bonus to your front. The next two are very interesting and might have you rethinking your castle layout a bit. You’ll have an item that you can place on a stone production building that’ll boost melee and one for a wood production building that’ll provide a range bonus. The final new item can be equipped on your keep and appropriately enough provides a bonus to attacking the enemies’ courtyard. We think that these new items will keep you busy trying to maximize the effects as much as possible.

We’ve lifted the limits on leveling up Robber Barons. As you’ll most likely be aware only 150 of these towers could be leveled up in total. From today on you won’t have any limit in place on the number of towers you can level up, the Robber Barons are already quaking in their boots.

War of the Toucan Gods

The War of the Toucan Gods has started in Beyond the Horizon. The local nobility have requested aid and Cap’n Redbeard Drake awaits you at the dock. You’ll be tasked with collecting the sacred statuettes for the leaders from the Jungle Shrines and defending what you’ve got from your jealous rivals.

When your alliance joins the War effort you’ll gain Jungle Shrines. Every five players will be granted a Jungle Shrine that they must defend. A full alliance of sixty-five members will have a maximum of 13 Shrines. You can’t capture more. These Shrines hold the statuettes so coveted by the local nobility. Your alliance will be able to aid in the defense of all the Shrines they hold though there are strict limits on how many defenders can occupy a Shrine.

To attack a shrine you will have to have already breached at least one of the connected castles. A breached castle is one you have defeated in a normal attack. Breached castles will be rebuilt and refortified after a few hours.

Control of the Shrines will change every two days. You will be assigned to a new Shrine within those that your alliance controls. Up to four other players will also be assigned at random also depending on how many members your alliance has brought to the event.

Scoring in the event is all about the statuettes. Once per day, all the statuettes collected by the individual members of each alliance are added up to determine the alliance's event ranking. This will be affected by every shrine that your alliance fails to successfully defend. This incurs an alliance statuette penalty, which decreases the amount of statuettes that are counted towards your alliance's ranking points each day. You’ll have to keep the defense going as well as the attack to maximize the amount of statuettes you can garner from the local populace.

Treasure Obelisks are enemy sites in the War of the Toucan Gods. Along with your alliance members, you will be able to attack them to loot resources. The more often you and your alliance defeat a Treasure Obelisk, the higher its level becomes, along with an increase in the amount of resources you can loot. The levels increase for you and for your fellow alliance members. An Obelisk’s cooldown period only applies to individual players who have attacked the Obelisk.