As you all know we introduced the Decoration Forge a couple of months ago and up until now we were able to collect a huge amount of feedback for it from all of you.

So first of all, we would like to thank all of you very much for your ongoing feedback and your participation in the discussion on our forums- as well as in our decoration forge feedback-threads!

Talking about feedback: during the course of the last few months we sat down and worked on improvements for our decoration forge. We clearly saw the need and wish from you guys, that the usage of the decoration forge should feel more rewarding in a general sense.

This is why we decided to follow through with one of our biggest reworks - if not the biggest -  in terms of improvements and they are mainly focusing on lowering the costs of usage, while increasing some of the beneficial elements of the decoration forge at the same time (e.g. increasing the amount of fusion experience that you get, etc.).

Let’s continue with showing you an overview of our drastic improvements to the decoration forge:

In addition to that, the shown fusion decorations with fusion level 100 & fusion level 125 will be obtainable as activity rewards, while players who reach our TopX/Top1 ranks during our War of the Realms and War of the Bloodcrows events will be rewarded with a fusion level 150 decoration! But to top that, you’d be also able to obtain catalysts up to tier 12 in our upcoming Kingdoms League, as well as in our Outer Realms event! 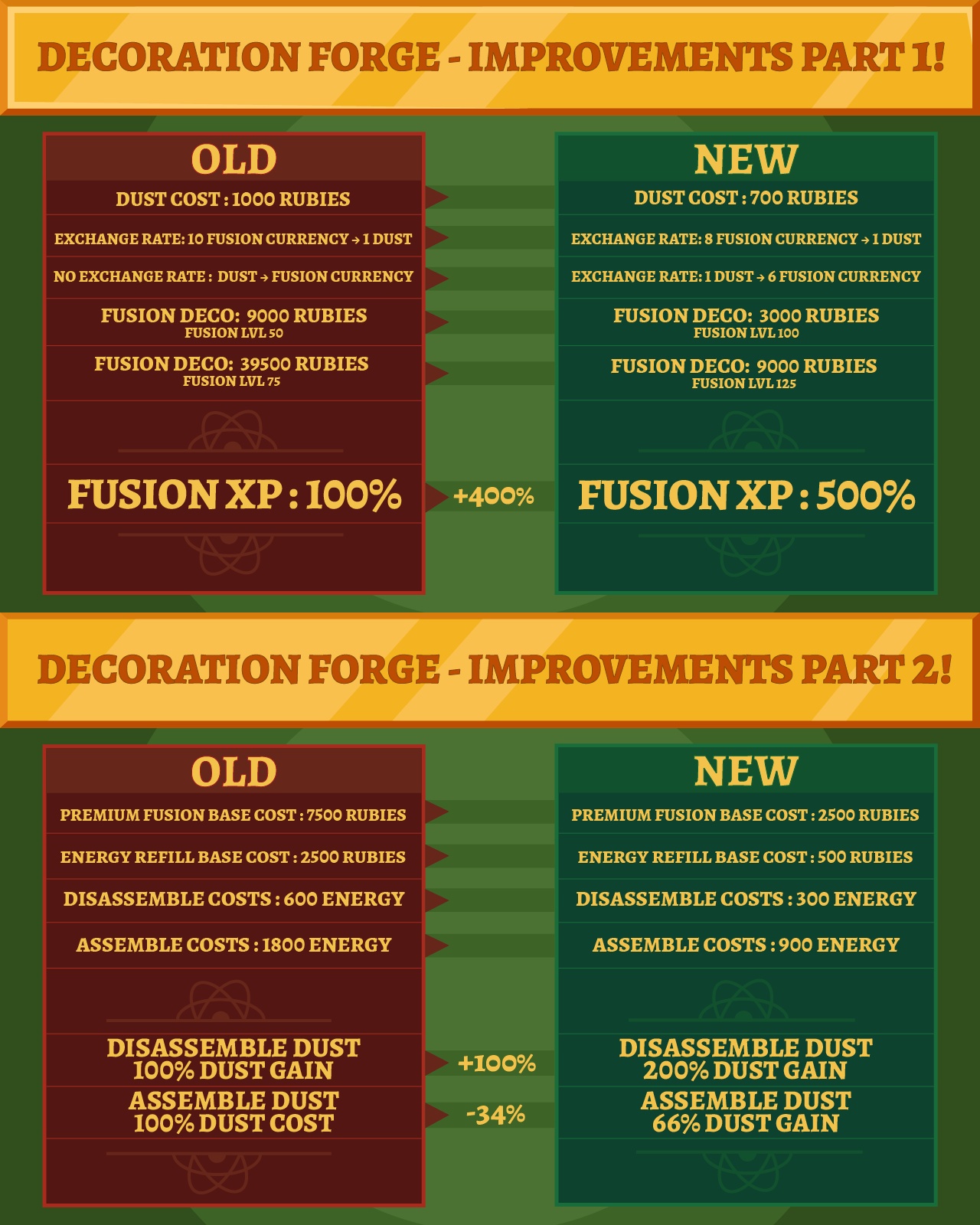 We are also going to increase the amount of Decoration Dust and Fusion Currency that you’d be able to obtain during the LTPE and our invasion events, as well as the overall catalyst tiers of the respective catalyst: 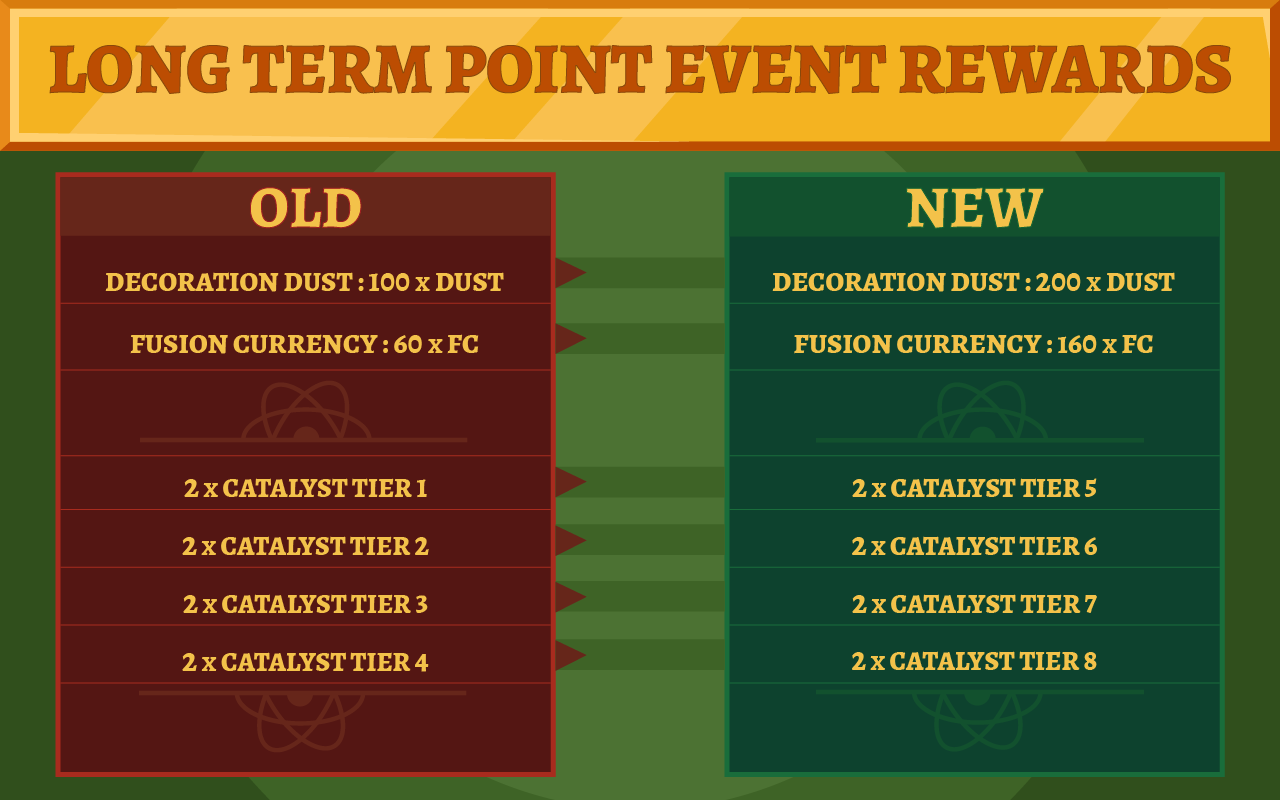 As you can see the catalyst tiers are going to be increased quite a lot, yet the tier 8 catalysts (activity rewards) aren’t going to be the highest ones: you will be able to obtain tier 9 catalysts as a TopX reward, as well as tier 10 catalyst as a Top1 reward! What does that mean in terms of your public order? Well, with a tier 9 catalyst you’ll be able to increase your public order up to 550, whereas upgrades with tier 10 catalysts would allow you to reach an amazing amount of 600 public order!

As mentioned before, we'll also improve our respective invasion rewards as you will be able to see in our screenshot below.
With this improvement you'd be able to get more decoration fust and fusion currency, as well as more and better catalysts, per month on average: 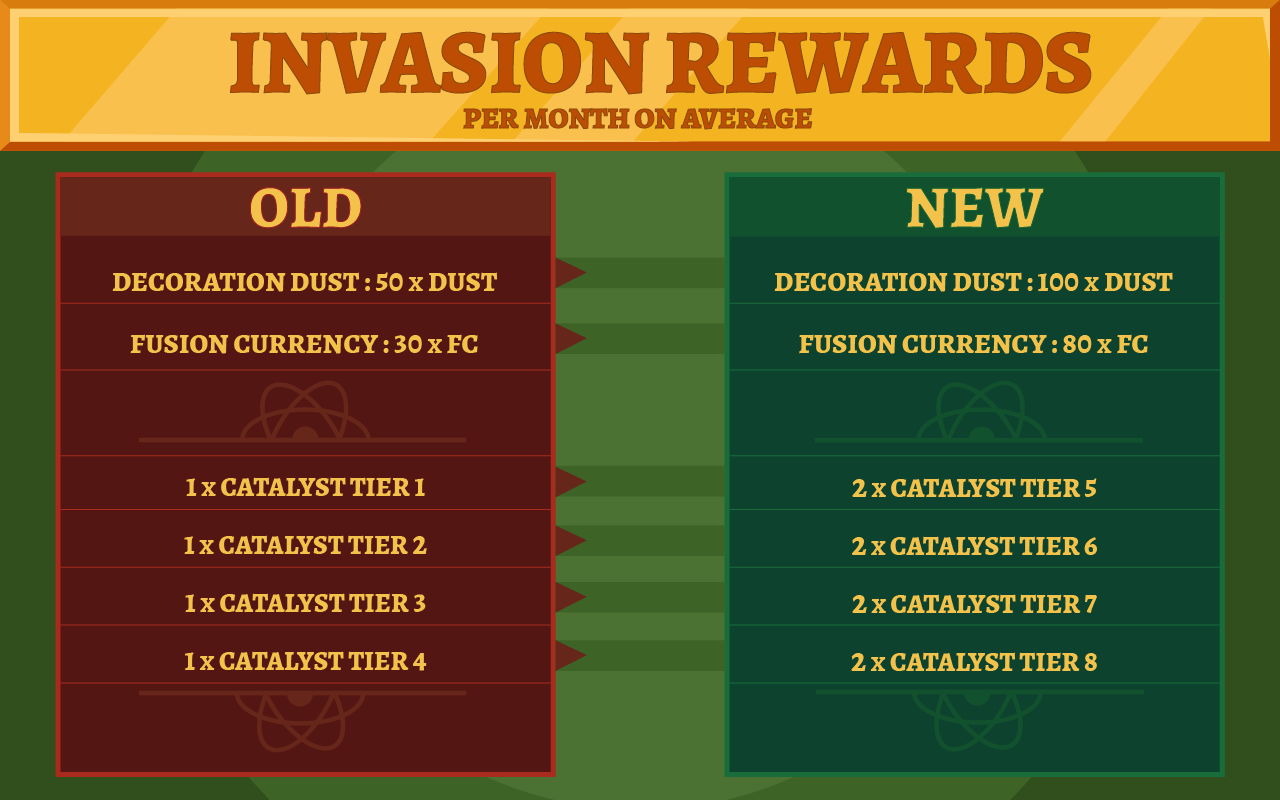 So, all in all, you'd have the opportunity to receive the following amount of needed decoration forge materials on average per month, while playing our long-term point event and the respective invasions: 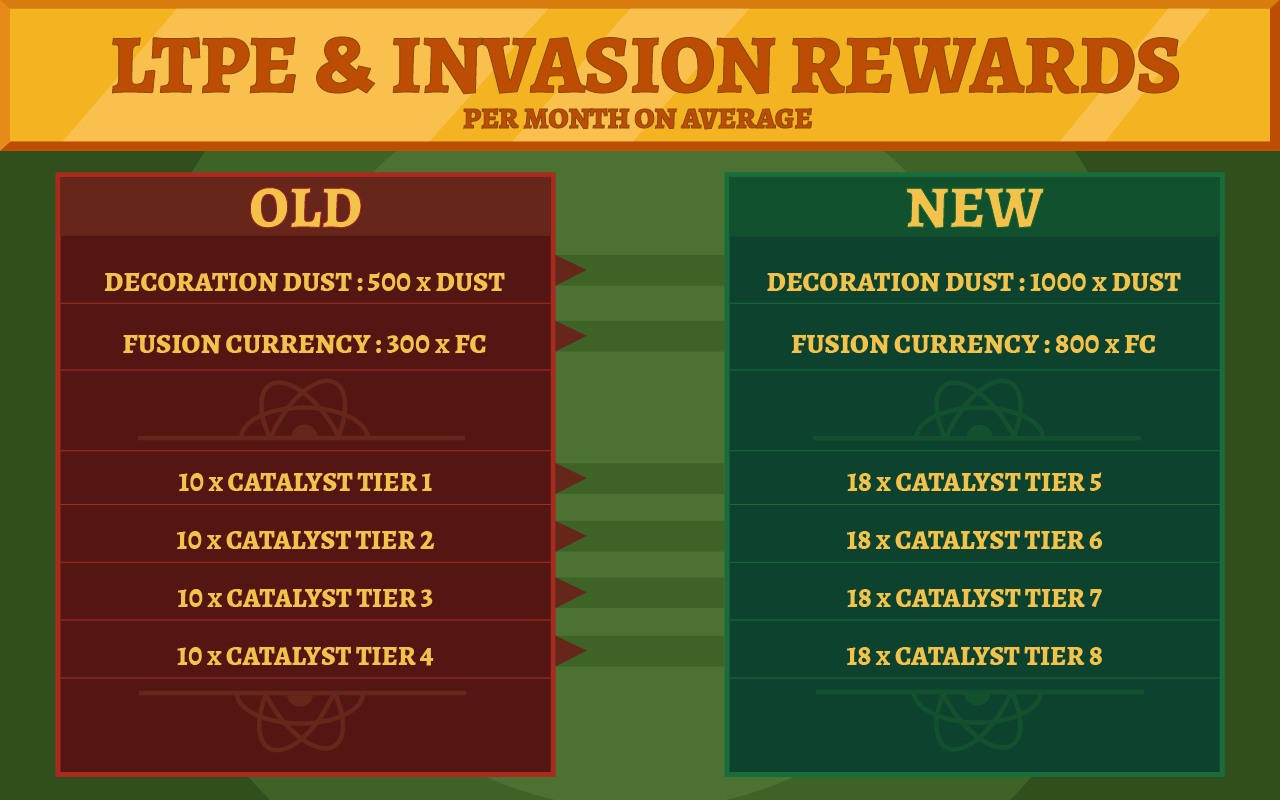 The aforementioned improvements release is planned for our upcoming October update and we think that those improvements will not only make the usage of the decoration forge feel more rewarding for you but also further improve your overall experience in our game itself! Once again we thank you very much for your feedback and we wish you a lot of fun with our newly improved decoration forge!