Re: What level can you start berrimond

You have just provided more feedback and reassurance than we have received in months. It's good to feel that we have mods again.

I have no doubt you work hard. I'm especially pleased to hear that there is at least some intention to keep ftp in game and make it fun for them again too. They have been sorely neglected and the gap between pay to win and ftp has become enormous.

I appreciate that the forum reaches a limited audience these days. But the blame for that rests squarely on GG shoulders. When it takes weeks for mods to respond people give up.

People have been driven away. Plain and simple.

Hopefully with new mods being active some will come back.

Thank you for acknowledging that there is a problem with the alliance tournament. I am very interested to see what fair compensation means. My interpretation of compensation is not just crediting what's owed but a little extra to acknowledge the inconvenience caused.

So far GG policy has been to only compensate those players who complain and submit tickets and persevere with their complaint after the first few form letters. I'm still horrified that a major bug affecting basic game mechanics that took almost a year to fix triggered zero general compensation.

GG might have 50 million downloads but that's very misleading. Only a fraction of those actually play. Personally I have downloaded the game about 10 times in the last two weeks. I do that every time we have major bugs and issues as occasionally reinstalling the game resolves them. I would hate to hazard a guess as to how many times I have downloaded the game over the past 8 years.

The CAP tool has potential to share meaningful information in game again. Announcements seem to focus on telling us what events are currently on rather than upcoming ones. The announcements for upcoming bonuses are useful.

I sincerely hope that GG returns to being a game that is not pure pay to win. I look forward to ftp players having fun again and being able to compete. I would be very interested to see how events like BtH (and the rewards) are made more accessible to ftp players. The recent removal of start up rubies from BtH and outers has certainly made it harder than ever for ftp to do anything in these events, achieving the exact opposite effect.

The return of strategy being a meaningful aspect of the game would be most welcome.

Again, thank you for the time and effort you put in to make this game more fun for all of us. 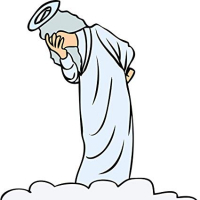 I believe these events are on a long term hiatus. 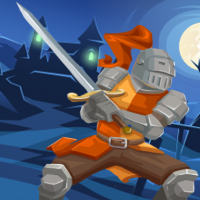 I've played this game for four years and on 2 different servers, but i can't take it anymore. I'm done

Every update released these past few years have just increased the pay to win gap, and have made the game overall more of a grind, sucking out the the last few drops of fun and strategy left.

I don't know if this is just with me, but the game is very slow and laggy. The world map loads slowly, and several tabs and tents never responded when i tap them, forcing me to restart the app. Add in all the bugs that developers spend months to fix, and it becomes almost unplayable.

Looking back at all the times i played this game, I'm glad i didn't spend any money as there's no incentive to play past legendary level 10. Once you reach that level, you don't unlock anything new until legendary level 600. Even if you do reach that level, what's next? It takes about 8 million xp to reach lvl800. That means you have to finish the "no time for weaklings" quest 1,600 times, and with blood crow castles only having 500 troops, it seems almost impossible.

I'll admit though, I've had lots of fun with the game, especially during my first years because everything was new for me. I've played with loads of wonderful people, and enjoyed participating in pvp and events. But for the past year, the only reason I've played was because of my alliance mates. I'm confident that's why most people play now to, but for me, it's not enough anymore.

If you've gotten this far into my rant, then you probably know about all the issues this game has. But one i think isn't discussed enough is the new Master Blacksmith. At first, it seems like good idea, choosing your own rewards is better, but unlimited event tools is where the system fails. Though every can get large amounts of points in events, pay to win players have access to a premium shop where they can buy the best event tools for a handful of rubies. This just inflates the events, and makes them more of a grind.

Though there are hundreds of other topics i could complain about, equipment is the biggest one. Players have to spend hours selling equipment individually because the developers put auto selling equipment behind a pay wall. And with the introduction of relic equipment, every other tier of equipment has become useless, which might i add is a reward most events give out.

I could go on and on, but i don't think every issue needs an explanation, so here are some honorable mentions:

- No new events, same ones cycled every week

- pvp has died, and is only for ptw players

- ruby purchases are expensive, yet rubies are earned in small amounts

- construction tokens have become harder to get

- 90% of rewards in master blacksmith are useless, yet are all at the top

- the HOL needs to be upgraded 550 times

- hundreds of different tools and troops that are useless, and just take up space

There is no reason for me to play anymore, so I'm done. I would say i hope things get better, but my optimism has run out

Re: what is the highest % on both relic coms/ casts and normal com/casts 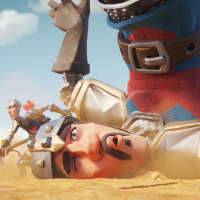 Yep Vonclis. If you're a spender but haven't figured out BtH that should be your own fault. But GGS would rather just sell rewards than give anything for strategy and team work. I'm all for spenders getting advantages, but this does seem very petty.

And there's BtH where U no longer get the 660 start up rubies. U didn't get to take them home anyway but now it's just even harder to do anything without spending. The rubies at least bought U enough coin to hit RBC. Now U can't even do that.

Petty beyond belief. Another nail in the FTP koffin

BM_Red Phoenix said:
Hey All,
Been an interesting update so far

To clarify some of the questions asked here:
1. The entry fee of 50 mil coins is only for the Heritage version of Outer Realms, not for all Outers and not for Horizons. The initiative was taken by GGS, based on player feedback about having to build castles from scratch and also frequent food shortages in Outers due to lower food production capabilities. With the ability to copy the main castle to outers, those 2 problems are taken care of.
2. To compensate and understanding the increased need for tokens, the amount of upgrade tokens which can be won, have increased, specially if you rank well.
3. The update has made the Military District available in the Blacksmith Shop
4. The market burrows bug has been fixed.

However, I also fully understand the cost of 50 mil as being very high, and this feedback has been taken and communicated internally with seriousness. Once I have some updates, I will post it up, for everyone. In the meantime, if you have entered Outers, please give us your feedback, tell us what's better, and what needs some work, so that the game can improve overall.

Happy to see this response.  But making 50m coin the only way to enter the event is like Disney 'responding to customer feedback' by making every single person who wants to enter Magic Kingdom pay for super VIP access, and banning everyone else.

and saying this only applies to the two PVP variants of outers and not the FarmVille version is a pretty insulting thing for GG to say tbh - when the group of users impacted most are already effectively priced out of bth.  this just further disenfranchises many players.

and finally.  I am one of the 737 other players who did go to outers. And I also hate it.  The gold cost aside what I've noticed is the 'cost to play' is now also much higher because you need much more defense to defend attacks with, which realistically just means spending more money.  And even then you can't defend against a server group who just post a target in a line room and everyone masses that person until they break.  which happens often.  it's just not a fun experience.