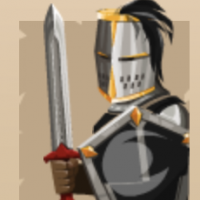 TWILIGHTS (US1) US1 Posts: 13
13.05.2022 in Ideas, Suggestions & Feedback
I think I might have seen other threads around here about this, so when is it happening? Or is it going to happen at all. The Samurai event seems to happen as often as rain in a desert at this point, so I'm just wondering whats going on with that. I'd like to see it more. Or if its being discontinued I'd like to know.
3