Most events won by an alliance.

(Copied from the previous thread but with corrections)
Adios.
Experienced Bloke, mercenary/Bounty hunter, I Help My Friends Always No Matter What Alliance They are in :-) Top 5 Player when not busy 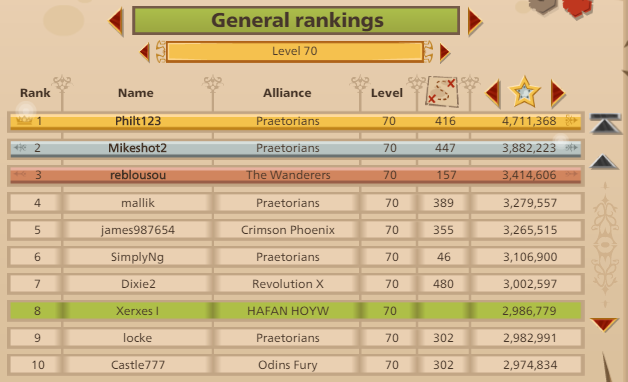 UK Server Lvl 70 with 100% experience (playing this game for 7 yrs) only as an addictive 3rd hobby though.
EX-Leader of Black Hawks, and had a significant role in all top 30 alliances on the UK server.
0