Ahhhhh, GGE and their GREED is showing once again - 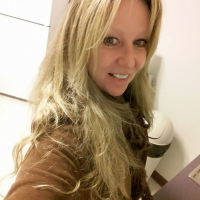 Dark Kitten (US1) US1 Posts: 18
17.11.2021 in General Discussion
Okay, EVERYONE on the US1 Server is seeing pretty much NO "real deals" on bonus tools, ruby items, etc. With no real rewards given out as well on events and other "contests" in the game. Seriously, the pitiful "token rewards" for glory totals, being in the Top 20, etc are really embarrassing to the company. For all the "mead items" you'd win in BTH now being "rewarded" for glory events, the most important one to get is the very LAST they give, AFTER you get BILLIONS in glory, which is nothing but laughable. And to be perfectly honest, it's like being slapped in the face.

I'm seeing more and more EMPTY lands around me, and more and more castles going to ruins. Why? Because the "brain trust" suits and think tanks at GGE are doing nothing but continuously looking for more ways to rip us off in the name of "glorious wins and titles" in this ever-growing OLD game. And if they keep it up, they're going to "grow" themselves right out of tons more players.

I'm about ready to pack it in and find a game that's more affordable, more satisfying and easier on my pocketbook and bank account. And then there's always Assassins Creed on PS4/PS5. I always find that more fun, with less investment cash.

Wise up GGE - you're digging a hole you're eventually not going to be able to dig yourself out of. How many more thousands of players do you need to lose before you LEARN this???