New additions to HOL, building upgrades and rest but what about sceats ? 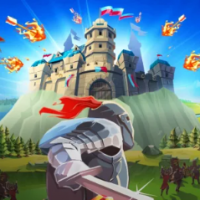 Aegon Targaryen (INT2) INT2 Posts: 189
24.08.2021 in General Discussion
I want to ask clear question first to mods, as we get a lot of new buildings to upgrade and even more new special OP tools and upgrades for troops i wonder based that first upgrade and main upgrade needed for everything is keep to level 7 and it needs 3500 sceats which is ridiculous by itself already but does anyone know from mods here how many sceats other buildings need to be unlocked ?

Players can collect sceats only on KL now, i mean only decent number collectable is in KL, i dnt count storm becouse its ridiculous to count it as we all know how many aqua is needed to get at least 50 sceats, as i said we have ony KL for now and casual players can collect around 500 sceats in 40 days, by that math at least 300 days needed for casual player to collect that amount ot sceats and its only for first building which is insane and immediately hit players in the face so hard while we loose all that hype and motivation..

And worse thing is this: we have 9 more buildings to upgrade after keep, or to me more precise 6 buildings and 3 upgrades for expanding our castle layout. I wonder how much that all cost 1 by 1.. ???

Next thing even more worse then last one is: we have other upgrades as i said for new special tools and troops upgrades and there are 20 of them, so it cost too but how much ???

Based on everything i see now i conclude we need decade or eve more then 10 years to get everything and its sad and funny at the same time, i mean who have time and who plans to play this game forever ? Where is fun, and fun is to enjoy the game not to grind something to get it when i get 80 years old...

We only get this anniversary monthly event this time and never again as i remember mods said like that so only this time we will be able to get more sceat but also we needed to collect 10k monthly points to be able to buy 500 sceats 2x and that is maximum so its 1000 and to be in top 10 i wonder how much money is needed for extra 500 sceats and itsonly 1500 max.

Any info abt new addtition in events and anything else that will give sceats cause this is nonsense... ?
2