Some good changes and updates for Empire (my opinion) 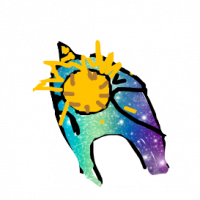 narwhal empire (INT3) INT3 Posts: 36
01.11.2020 in General Discussion
Here I've compiled a list of 3 things that should be added or fixed the most. It's in my opinion.
It's in an order of importance.

1st. Storm Islands
Storm is basically useless now. There's nothing you can really get out of it expect for a few troops and some rubies for the alliance, and don't forget that you can literally get the same amount or more in just FOUR DAYS (one event). What would be nice to see in Storm would be something more interesting and invigorating for people to play. Consider ruby prizes, build items, the possibility is endless. What I would do is make it a surprise- you attack a storm native (make the defense sorta-hard so you can't just farm, like around 3-3.5k defenders with a decent cast) and you can get the following:
Best reward: Limited look item for comms with flank and front space, and if they are lucky, maybe a few extra waves (but make it very hard)
Second best: 1000 upgrade tokens or 350 construction tokens- this solves the problem of too little amounts of relic tokens as well.
Third: 2500 to 1000 rubies plus 50-75k coins
The rest can be premium tools, equipment (relic), etc. Don't make it too hard to get the rewards though. Make it worth it.

2nd. Make the game more playable for non-rubies.
Yes, they have done a good job of it (kind of) with the addition of the Master Blacksmith and extra silver and gold, but it's still way not fair enough. Both sides need to be able to thrive. You can't level up hospitals, stables, etc without rubies which are extremely hard to obtain as a f2p. Yes you may think you are pretty clever making everything cost so much so that they will buy from you, but to be honest it's just killing the game. Nobody will play anymore if they realize they have to spend thousands of dollars on this GAME and I'm sure people don't have the money for that. You need to increase ruby rewards for everyone, and fixing storm and adding in ruby rewards on events or in storm is a perfect way to solve it.

3rd. Capitals and Metros
By now, Capitals and Metros are basically useless. The "special" troops everyone can just get normally now and don't really make any sense to put in Capitals. They need new, more invigorating things for it to actually make sense to hold. In my opinion, Capitals should give special or something of the like- maybe like extra gold and silver, extra troops, maybe more construction tokens, weekly or daily. Metros have a good concept but now it's outdated (100k production and gives 250 food bonus? wtf?). I would say it should give a 25% and make sure it's PERCENT not 25 food bonus. That would make it worth it.