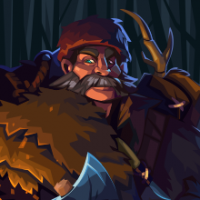 Crom Cruach Community Manager Posts: 1,342Community Manager ›
23.05.2019 in News from the world of Empire
Brave Warriors,
Currently we have a bug in the game that is affecting production. When it is fixed it will cause a lot of troops to desert and I want to make you aware of this so that it doesn't come as a shock when we fix it.

Currently we have a situation that is happening to a large number of players where the effects of construction items on production buildings is being doubled and in some cases being multiplied by an even higher factor.

Some players have been only slightly affected by this and have encountered the bug without realising it. However we have found that some players have deliberately used it to massively inflate their troop numbers.

We have reproduced the cause and we are working hard at fixing this. This will result in anyone effected having their overall production reduced to the normal level. This will be a drastic reduction for some. As food will be reduced so will troops numbers.