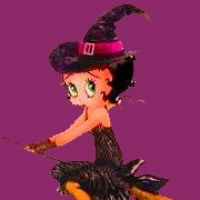 Sttela (INT1) INT1 Posts: 54
19.03.2019 in Technical Assistance
My castle was attacked at 11:13 am ... Shapeshifter attack.
32 soldiers killed 530 of my defenders!
https://prnt.sc/mzwj0y
There is no defensive tool in the report on the attack ... but in my castleis top-level defense
That the problem is more ... I lost Might points ... as if my soldiers were really killed
I lost 7,000 - 5,000 points points.
I know that errors are possible ... but I want to know: Do you sometimes make a mistake in favor of a player?
I do not know a single case where the player has progressed with your mistake? For example: did someone get extra soldiers, rubies, and better rank, points, excess tools ... anything?
If mistakes happen ... it is logical that sometimes a "positive error" occurs in favor of the player
I'll give  to You