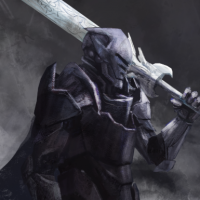 Theoren (US1) Posts: 10
16.12.2018 in Ideas, Suggestions & Feedback
I was playing the Outer Realms earlier today when an idea struck me. What if GGS made Outer Realms anonymous? Meaning that when you go to the Outer Realms, the first time you log in, the game will prompt you for a temporary username unique to that session of the Outer Realms Event.

So, what's the point of anonymity in the Outer Realms?
In my eyes, the existence of the Outer Realms is to do two things.
1) Hand out rewards through a new style of event
2) To offer experiences that may not be possible on your main server.

Let's focus on my second point. If I wanted to play the Outer Realms competitively (Buying rubies, and aiming for top fifty status) and get the most out of my experience. I would want a Metropolis, or a Capital to go with it, (Maybe both) However, I'm not going to get any of those without some competition. That competition could come from any player, or it come from a well established player on my main server (US1)

I'm not meaning to discourage competition, because I'm a firm believer that GGE is as much a PVP game as an event game. My point is, currently being a Legend 56, I'm not very powerful in the grand scheme of US1, and if I got into competition with a top player over an Outer Realm asset, all they would need to do is take out my main account, which is not something I would let happen.

To summarize, I don't feel I can play the Outer Realms competitively without risking my main account. This defeats the purpose of even playing this event. It's like attacking Nomad Camps with the goal of failing. So ultimately, in the Outer Realms, I spend a lot of time away from my main account, but I don't get the full content of the event. I feel that having the option to be the Outer Realms would offer a great solution to this, and allow players to try new things without fear of unjust retribution.

Thanks for reading, please let me know what you think! 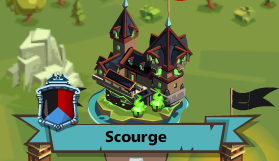 The one and only Theoren. Proud Player of GGE US-1
1