A much needed talk. 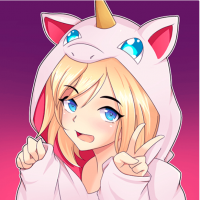 Plumpy21 (US1) US1 Posts: 471
12.03.2018 in Ideas, Suggestions & Feedback
Putting this under feedback:
//Quote
Hi Everyone,
1st I want to clear one thing that most of you guys already know, as moderators we do not work for GGE , we working as volunteer to bring the feedback of you guys , to the team, none of this problems or bugs are in our hands.
so , please do not blame CMs or BMs for the problems that you experience in the game.

2nd , as player that play this game also like you , sometimes this bugs and errors , and decisions make me angry as well , but we need to find the ground to rise our voice , and make this game that we all loving it to the best ,
as you know the development team , are not working in weekend , so , please be with us , and wait till Monday , and they will look in to the problem , and they will fix the problem.
BM Queen
//End Quote

I like it how they ask us not the blame the messengers but who else are we to throw our anger at?
You guys are the messengers we have to throw hate and anger at you so that you understand the communities interests on certain things that GGS does so you can tell them. Isn't it in your job to let GGS know the vibe of the players? Or do you just let us know about updates and we just throw our words here on deaf ears? GGS gave us a platform to voice our opinions of the game. This isn't supposed to be used for a "LOOK AT THIS UPDATE" or "Social Talk" as it is advertised to new players as. This is supposed to be the player's platform to speak freely about the problems that they have with the game or changes they wish to see in the game.
Your job titles it BM/CM (What is BM stand for? Also CM obviously stands for Community Manager or I saw someone put up CryMaster[Hilarious btw]),we never throw our shit directly at you but sometimes it hits you as you are the only voice of GGS we get to hear. Stop crying, pick it up and throw it at GGS for us because you are the ears of GGS and we are the voice. (Atleast in theory).
(Of course there are boundaries for words said, "go kill yourself" is not appropriate and if this is what you are talking about, behavior like this. I am okay with this. But if it's not something someone said was life threatening, you need to eat our anger  to through it back at GGS 3 times harder.)

The idea of the forums was to give players a voice but has turned into a brick wall as GGS doesn't want to hear our voices unless they are congratulating them on how they got an update up without any problems.
Theory:
1. Players go to the forums to ask for support, ideas, or questions they have.
2. Players discuss the ideas, share their support tactics or fixes.
3. If players don't know, CMs and BMs are involved and they either answer it or ask GGS directly.
4. Repeat, communication is circular and the community grows.
Reality:
1. Players go to the forums to ask for support, give thoughtful ideas, or questions.
2. Players help them as best as they can or they start a pissing match.
3. CMs and BMs say they contact GGS but nothing has been done and communication stops. End of conversation.

I wish this wasn't the reality, if I could have a conversation with my fellow community leaders I would. I love this game for the community not the game mechanics or the company that runs it. (As you will read down below) The only reason I am here as an average player is that I love this community. But I hate to see it fall to horrible updates, I have lost many friends on this game and then have found on other games (Found some on Hearthstone, Warframe, and Minecraft) but others are just lost forever.
Another big problem is you guys do live streams but they are no translations for other regions so let's just do it all in German, which cuts off about 99% of the gamers here from moving on with a conversation. If you could get live streams up with different days for different languages that would be great. We could talk about updates to the game or getting to know the community that you have created.

Gripes about GGS:
This company is a 800 million dollar company. I know that doesn't sound like a lot growing up around tech giants like amazon and Microsoft but still that's quite a sum to not be open on weekends for support and assistance.(Especially because most updates happen on Thursday for the states and Friday for Germany, you would think 15 people would stay just in case something goes wrong as it has for the last 20 or so updates) Most companies have 24/7 support, even smaller companies that I use such as Loopy have 24 hour response on all support tickets. It takes GGS to email me back an average of 1.5 weeks and once it's open maybe 1 email per day. GGS you run a company not a one hit wonder I-Phone app, (cough Flappy Birds). GGS needs some new management to optimize technical support and fresh brains to come up with great ideas. But since you guys don't listen to the greatest thing about this game, the community, it is easy to understand why your player base hates you. I have recently had to contact support with no avail to my trifles and nothing was given for the slow support times other than an apology. I have made dozens of reports yet there is nothing given to players.

The bugs that are everywhere, HOW DID NOMADS CRASH? Literally for how long I have been playing this game I could say "How did [Insert Event Here] crashed?" And I can fill it with every event.
You guys have a beta server, can't you practice turning off the server, updating the game and then turning it back on, over on that server then when you have a new update we can be updated and ready to go in 15 minutes with no problems at all. I know there is some techno-mumbojumbo I am missing in that but you should check to make sure your monthly updates work with every event and feature in this game before the real game. Minecraft does this, they release snapshots so that the community can play with their work in progress build. Many other games does this too literally any game in Alpha and Beta right now.

Where is City Event, TK, BC, UW, (and not anymore Berimond invasion)?
Why don't you have teams of people working on events, this gets back to the money thing, you are theoretically a big company why not have teams to people working on different aspects of the game. You have these community surveys that you do so you know what people want but don't do anything about it.

I am sure I am missing lots of other things in this, please reply to this thread if you want to start a conversation. So if it was on the first part, the second or anything at all please leave a reply to this discussion.

Just saying the bears and the lions get it in this game... 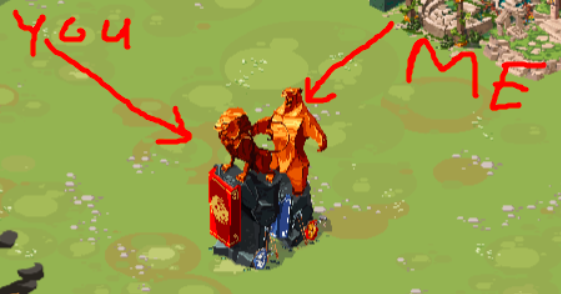 What is the max hoarder level?
3