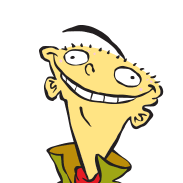 LOL a SEVEN minute downtime to fix the commander and castellan PVP bonuses... they couldn't do that right after the event launched with bugs? LOL SEVEN MINUTES!!!!

Ha! I'm glad we got our compensation for GGE being too dumb to just patch the event right away... seven minutes is all it took, but they didn't want to so they lost THOUSANDS of dollars worth of tools. One player alone was able to duplicate 4,500 boulders in a single night, and they did it two nights in a row... That's 369,000 rubies worth of tools from just ONE player doing this glitch... and HUNDREDS of players knew about it LOL, FULL alliances were doing it!! One alliance alone cost GGE 23,985,000 rubies. TWENTY-THREE MILLION rubies worth of tools, PER ALLIANCE.
Think they regret not fixing the event within the first hour..? all over 7 minutes they just couldn't spare...
R.I.P JCCTransporter. He will forever be in our hearts.
4
«12»