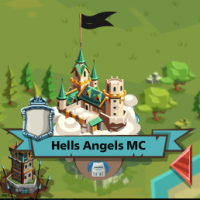 zeus1998 (GB1) GB1 Posts: 356
10.08.2017 in General Discussion
with the apprentice blacksmith about to disappear on the 18th i believe, we've been told that the old equipment such as the ice cast, spring cast/comm, and the rest of the items there , may not appear in an event again. especially the stuff that will take the longest to come back around.

will it be 100% guaranteed to be in EVERYONE's equipment trader, or will it appear randomly like GGE have told me the current items in there do?

the reason i bring this up is because if it doesn't get guaranteed to put in there, i will be missing out, as i suppose many may be?

because i don't get the current items such as the leveller, radiant, winged knight, executioner, highlander, elementalist etc., so will i miss out on the items that i have started, but not finished? or gems like the prince of thieves set, which combine to make a hell of a ninja commander.

also, lets bear in mind that if they do guarantee it in everyone's trader, they will be at extortionate prices, more than likely