improvement ideas for the game 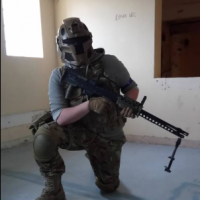 pyromanica (GB1) Posts: 19
05.07.2017 in Ideas, Suggestions & Feedback
as we all might know the game is lacking in some fields of them game so i've come up with a few suggestions for the game that makes it easier for the player

1). jack of all trades. This would be a specialist like the overseer and the dill instructor. the jack of all trades would be the opposite of the drill instructor, instead of giving you a speed bonus on recruiting troops this specialist would give you a speed production on building tools, that way you don't have to wait days to refill your war chest.

2). Iron production improvements:
- increase the production of iron from going up in 3's to 5's or higher, (it cost 135k iron to upgrade 45 granaries to level 2. 3 a hour              will take years to gather, and yes attacking does shorten that number a fair bit but that's besides the point)

- iron mines are able to be build at outposts

3). Alarm system, the war horn does its job at alerting you if you or your alliance is being attacked but its not so useful if you're on a different tab, having a sound alarm system would alert you to you being attacked, my idea is to have 2 alarms, one for your alliance and a personal one, both of which can be toggled just like the music.

if you have any more ideas please post them here, this is after all a community thread

my men aren't fighters but dancers!