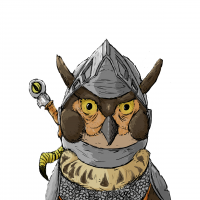 Some of you know me and most of you probably don't, but I'm excited to announce that I'm now one of your forum moderators!

I'll keep this short and sweet, I will try to help make the forums a better place and hope I will serve all of you well

Any questions anyone has can be commented or sent to my pms on the forums or in-game, or on third party platforms that a few of you already have me on. I reserve the right to not answer personal questions :P