This is a JOKE 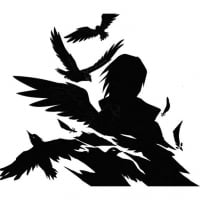 Imperius (GB1) GB1 Posts: 1,088
11.11.2016 edited 11.11.2016 in Ideas, Suggestions & Feedback
Having an extra 5 days of f/l's is a joke least yo u could have done was beri so we could have a break from the f/l's & got the coins back we spent on blood-crows since blood-crows is a just a re skin of f/l's it's always the same rewards and completely repetitive with the same set rewards as the last one twice in a row now, honestly the whole game is becoming more & more of event simulator with no pvp while f/l's are on nearly all the time now expecting the alliance tournament or the great tournament very soon and the compensation is a joke for level 70's coins are useless to us since we have millions by now give us feathers & horsetails instead that's the fairest I see it
Post edited by Imperius (GB1) on 11.11.2016