HORIZON FAIRNESS FOR ALL WHOM ENTER ,REALLY REWARD TOP PRIZES WITH MORE ?again 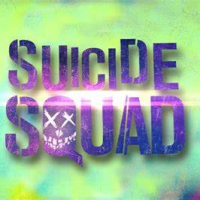 pixie dust (GB1) GB1 Posts: 17
25.02.2021 in Players ask Players
Where is the top 1000 reward CHANGES ,extra  stuff for even entering boring event to fund and gather points for the usual suspects to guzzle it all, and divvy up top400 between each other
Why even send us all a fairness  survey from time to time ,  if all you do is reward top ally whom spend the most ,with even more freebies ,its almost to a point who would even want to enter horizon or outers or even remove your visa card enter your numbers to pay for the privilage to be some sort of servant  of pixels points.....
top1 900mil to few mill top 20 rank
really need a good shake up with how points are distributed ,calculated daily  in outers and horizon as its all getting a bit repeditive
for those that can see the bizarre reality,