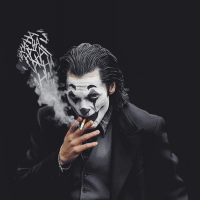 The ever diligent engineers of the great Empire have been very busy over the past few months toiling away at their workbenches to reinvent the Hall of Legends. With this update you shall witness the fruition of their labours with much more content available. We've also got the Trade District to tell you about, read on brave warrior!

Changes are once again coming to the Hall of Legends. The following buildings will be eligible for new level upgrades once you unlock them:

You'll be able to stave off even the most determined attacker once you've all these upgraded defences in place. In addition to this you will be able to upgrade your mead troops. Each troop type will have a specific level, the higher that level the better their statistics. To upgrade a troop you will need to unlock the option for that troop in the Hall of Legends. You'll need to use Sceats to unlock these options. Once a unit has been upgraded they are available at that level in all areas of the game. This will now also have the benefit of upgrading previously trained units!

The Land of Mead and Honey

We've added two new achievements to the game, both relating to our newest resources: mead and honey. You'll unlock the lowest of the mead achievements when you've 5,000 mead units at your main castle. To help you along with this there will be two new overseer boosters available in the King's Market for you. These function exactly like the normal production boosters but will specifically target honey and mead.

Outer Realms and Beyond the Horizon Ranking

We've taken the time to create a ranking system for two of our most popular events: the Outer Realms and Beyond the Horizon. You'll be able to see the final results from the last completed event on a new ranking screen. These rankings will be displayed in the game a few hours after the event has ended.

Previously the Military District was only available as the top prize in the Seasonal Nobility Contest. We've now replaced this with the Trade District. You'll still be able to get your hands on a Military District if you haven't already, we've moved it to the Blacksmith.

You can find discussion thread here.