Feedback on Legion of Daimyo event.

Kage (ASIA1) ASIA1 Posts: 2,943
06.07.2019 in Ideas, Suggestions & Feedback
First of all, this event was not thought of when it was done, it was rather rushed.
And it was not tested, nor balanced.
Defending the level 4 township is impossible, because the attackers are using only ruby tools and strong commanders.
Also, in defense the moat is missing, which makes the front/left n right flanks again impossible to defend.
I've tested this myself, and lost very miserable 3k defense(flame and composite troops), with eagle set.
To have a fair win, with fair loses, you'd need at least 100+ cy power, and more than 500 troops on the walls, because even defending one flank, you will have lot's of loses in cy.
The commanders are too strong in my opinion for what we get in exchange for defending such attacks.

This event needs a quick balance in all aspects.
First off, get rid of the troop limit on township, i'm sorry but this is a mistake to have in game as a feature. Limiting the player to have a x amount of troops on cy/walls is wrong.
Its wrong in all aspects because players lose too many troops in a little amount of time.
Get rid of the limit on walls, i dunno whats the ratio on those walls, if they're normal like in a main castle or outpost, but is too low or it should be higher.
The moat is missing from those "structures", and makes the defense literally impossible.
Attacks should always be random, troops/tools/commanders.
Make it like Khan, yea you heard me. Those attacks should be random, with wood tools, random cy/flank limit, and number of tools per wave. 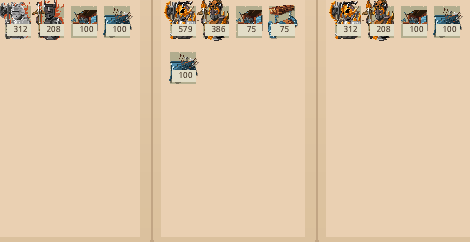 It is impossible to defend such attacks.
Especially with normal defensive (on coins)
If the goodgame studio wants to have this event runing, they should balance it, because at how is it made, its just a killing machine for troops, in huge numbers.
Even pay to win players will agree with me, and yeah i'm myself a ruby player, and i can assure you that this event is made just to kill lot's of troops in a little bit of time.
Attacking the Daimyo castle, since its called "castle" and not "camp" or "tower", let the museum effects on during the battles. Having six waves should be ok.
Because those castles are pretty hard to fight. You can win pretty easy against a 3k defense, but with huge loses, and again its not worth.
Getting 146k coins is not worth the loses. Same for resources, make it so that we get at least legendary resources (coal/oil/glass/iron). 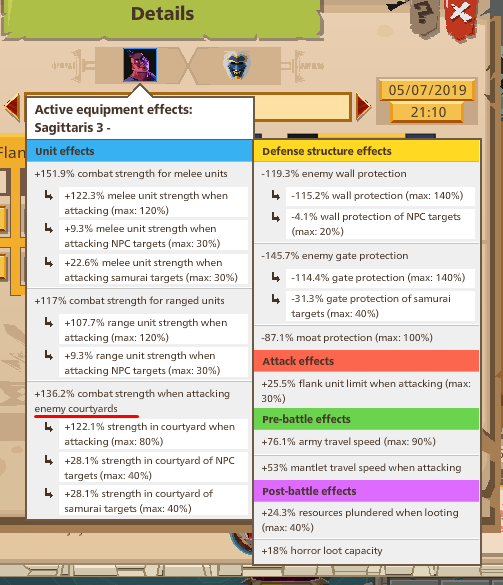 Again to have a okay'sh battle raport , you'd need a +140 cy & +30% flank set.
I did not test with other commanders to attack a lvl 4 township, with NpC sets (Lion set from BM, or Sorceress), but those sets have less cy than my relic commander and i guess they're more bad than good than a relic set.
The last option is PvP sets.. PvP sets like Crow or Summoner sets can give to players a decent win n lose.

Alliance rewards, if this event was made only for those coins, then ggs lost it's creativity... there should be a top X decorative , so those who play earn something decent..

Let's talk about the Daimyo shop,
The construction/upgrade tokens prices are "Fk you in the face" from ggs.
Hmm, and the  lvl 20 food items.. it's not their place in the shop, the prices are  ridiculous. I'm not good at math, but from what i was reading in another post, you'd need 325,000 troops (horror troops).

Feathers, the price is a joke, and there are only 100 of them.. again they shouldn't be there in the first place.
Defense troops are ok in my opinion, berimond tools & glory flags, it's not their place there.. Small numbers = nobody needs them.
Listen to your  players and what we really  need  or miss.
Ruby tools, defensive tools (arrow slits, moat tools, gate tools, etc). You want us to defend those townships, but we already have khan to defend, two events eating defense tools is too much.
So to balance this:
Add defense tools to the apprentice blacksmith (this is a bonus from me), i never understood why ggs is not giving defense tools in events.

If ggs wants succes to this little extension on sam's, apply at least 10% of what is in here.
@Crom Cruach look over this, and give the feedback back to GGS.
Listen to your players ggs, you're not doing something wrong, this event can be fun, but it needs a tickle here n there.