How to save Goodgame empire!

Recently goodgame studios have done some pretty good updates. (kingdoms league and a few of the collector events for looks) However the game is till at a gradual decline. GGS could keep it the way they have it but there are a few other things that could make a turnaround on the decline.

#1 Re-add the Wishing well as rewards in events. This has been something that players have wanted back for a long time. They honestly should never have gotten removed in the first place.

#2 Revert the wheel of fortune change. This would allow players to actually get good rewards and levels. I didnt like how higher level players would spend hundreds of thousands of rubies to win the event but this would help the lower levels get some rewards.

#3 Makes unique events. We currently have some generic and grindy events. Samurai and nomad, attack the same camps win the same setup over and over and get points. Invasion events attack castles and get glory and never actually win because higher level players spend thousands of dollars to win.

#4 re-add the apprentice blacksmith. This would allow players to get good sets without spending thousands of rubies to get them.

#5 Finish fixing the events. We want that battle for the royal capital back it was a quite fun event that would make everyone happy. It was unique and thats what made it fun. 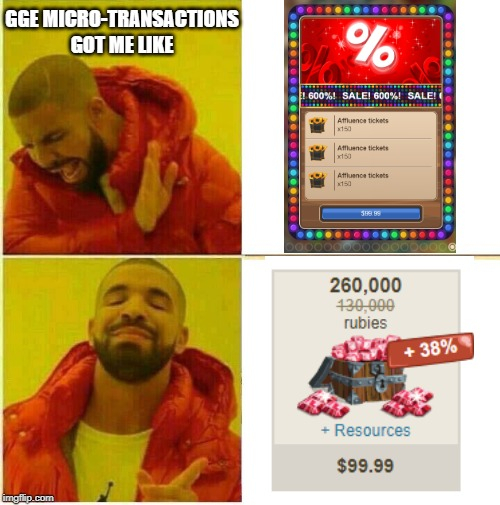