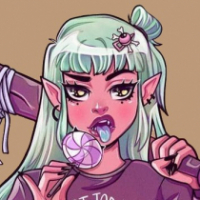 as you all know the latest castellan set for the Shapeshifter event had to be removed, due to the strength it possessed in comparison to the other sets. We came to this conclusion after testing it on our test-servers and directly compared it with different sets like for example the "Relics of the House of Ursidae",  the "Armor of the Eastern Raiders"  and others, that this set has to be taken out of the game. Therefore we deactivated the charm shop and took it out of the charm shop as well. We weren't able to take the complete set or set pieces from players who were able to buy it, due to a problem which was caused with different gems that they'd already socketed. The gems that they socketed would have been deleted as well and we wouldn't have been able to credit them back. That's why those players were and still are able to keep it.

But we are aware of this situation and are currently working on a rework for this set. The plan is that this rebalancing would also affect the shapeshifter castellan set that players are currently owning as well. This means that the sets that some players already bought, will also be objects to change (they will also be rebalanced).

We are deeply apologizing for the difficulties this might have caused for you and will inform you about the rebalancing of this set in the future, as soon as we got more information on it.


Edit: Just to avoid confusion, this is the announcement which was promised based on discussion in “forum invasion” thread.
Post edited by Friedrich IV (US1) on 26.08.2018