Furhtermore there will be also some new appearances for your castles, which are truly something to behold!

Fortunes of the desert sand

5 items: +15% combat strength when attacking the courtyard of NPC targets

9 items: +25% unit limit on the front when attacking NPC targets

There will be new skins for your castles in our great Empire, coming with this update and they are a reminiscence of creatures which are straight out of the abyss that is the very special and creative mind of someone that you also might know. Let’s just say: we love that craft that we are presenting you in the following: 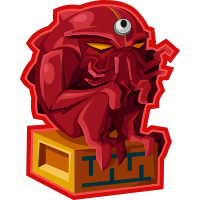 You will be able to purchase them with rubies and they are only cosmetic skins, which means, that there will be no stats bonuses for them. Those new castle skins are permanent, but you can't slot them with gems. 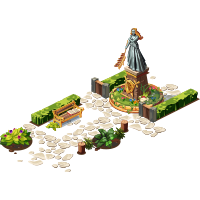 As mentioned before: in September’s Longterm-Point-Event, you’ll be able to get the “Fortunes of the desert sand”-set. But there will be also other rewards worth to be won, and to give you a quick example of his the needed reward points will work, take a look at the following two examples:

So those two examples show you the first 10 reward steps, as well as the last 10 + the Top rewards. Of course this means that there will be other rewards as well (as you can see 225 in total + Top rewards) and yes, there will be more pieces/the full set in our longterm point event rewards.

The plan is to release this update on the 20th of August 2018. We will start with the update procedure early in the morning between 9:00 AM CEST and 12:00 AM CEST. The downtime is expected to be around 30 minutes long. Of course, food will be frozen during that longer downtime. But as always, do not take the aforementioned times as guaranteed, be aware of possible delays due to unforeseen circumstances.

You can discuss everything in the upcoming update in this thread here - looking forward to hearing your thoughts about the new set, etc.

We're particularly interested in your reactions and feelings towards the "new" Fortunes of the Desert Sands set and how it plays alongside existing ones of the old set.