As you have already noticed, there will be sometimes monthly interim updates and this (almost) Mid-February update contains the following old and new features:

The Berimond kingdom is not enough for our long-term usurpers Leopold III. and Grimbert. After getting tired of destroying just one kingdom for the sake of the throne, they extend their craving for reputation to the Great Empire again! Of course, our Emperor is not amused about this Invasion and it is your chance now to win his favor. In short, kick them out!

And oooofffff course, your troubles shall not fail, brand new rewards are waiting to be claimed by you! Please have a look at our 2 new Berimond themed equipment sets and decoration:

Heirlooms of the House of Gerbrandt:


Relics of the House of Ursidae:

You will also get a chance to win this awesome new decoration: 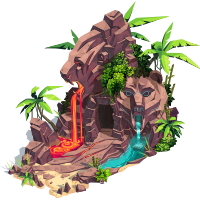 What is happening in the Empire?! Yes, rub your eyes in disbelief, it is true...not only is the Berimond Invasions returning, but also our beloved Alliance Tournament!

If you have forgotten what this event is about, let us wrap it up real quick:

The plan is to release the update on 19th of February 2018. The downtime is planned to be ~ 60 minutes. But as always, do not take this as guaranteed, be aware of possible delays due to unforeseen circumstances.