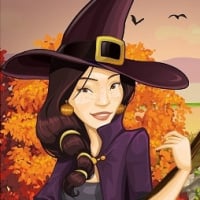 I have already reported that upgrading the buildings doesn't give xp in this bug thread, but apart from that I am seeing multiple inconsistencies.

- Bug Description - please describe your problem in Detail:
After building the T&T we didn't get any xp. I started production of ropes and roofing shillings and again ropes and we didn't get anything at all. Other players had also started those productions and the xp had not increased. After the maintenance in the afternoon I saw the xp changing from 0 to 2000 and then to 20000 and then later to 36000. We built the M&M (speeding it up with donations) and again we didn't get any additional xp. I produced nails (100) and suddenly we got 20100 extra xp, leaving the total to 56100. I produced nails a second time and I got 100xp? what is going on with such difference? A third time and I got 8100??? Another player in my coop has seen inconsistencies the same but with other values (her first nails were 2100xp and the next times 100xp). By the way, unless you refresh it seems that the village xp are not updated for all the members of the coop, so hard to tell if all the sums are correct or not at the end, among other things.

So are those inconsistencies intentional? Or are they bugs?
- When did the problem happen?
After upgrading the M&M factory.
Edit: Probably before also, but I did not check.
- What did you do before the problem happened?
I was in the forum while waiting for the previous nails to be done.

- Can you reproduce the problem? If yes, how?
Every time I am getting a different amount of village xp.
Post edited by mia111 (GB1) on 10.11.2016
Would you like to start a farm on the GB server? Click here: multiple daily rewards await you!
A great farming guide maintained by a player: https://crazybigfarm.net/
0

Please be aware that this test server is established to test new features and not designed for regular play.

Accounts, items, currency and premium currency can be wiped, deleted, changed or adjusted at any time. Changes might not be announced.

__
Since this is not the final version of the game, you might experience crashes, hang-ups, lags or more bugs than usual.

__
Gold currency you buy in the shop for the test server might be deleted and will not get refunded or transferred.

__
No item, currency or status will be transferred to your regular game account.

Thank you very much for your help and support!