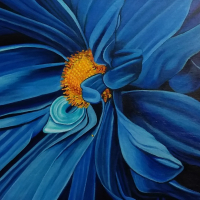 Barnsey (AU1) AU1 Posts: 5
27.02.2021 in Suggestions
I've been playing Big Farm for just over three months and I've made some observations on game play and how I feel the business model is aimed in the wrong direction.

The obvious aim for the company is to make money through the game and to do so it needs to encourage people to 'want' to spend on the game.   In the time I've been playing and due to recent changes, its actually made 'me' hesitant and not want to spend money on the game.

I was an original Farmville player and I asked myself what I spent money on for Farmville.  The answer was trees and horses/animals.  Why?  Because I liked them, they appealed to me.  I look at Big Farm and ask myself the same question and the answer is pretty much nothing makes me want to spend money on it.  It comes down to value for $ and I dont see much value.

Its like any consumer walking into a shop to buy something.  The difference is for internet gaming it has to be 1st visually appealing and 2ndly engaging.

When you guys changed the Farm Lab which I'd spent $ on it equates to this;  I bought a shirt, you snuck into my house stole the shirt back and then tried to sell it to me again.  Why would anyone want to buy from your store again?  Now having said all that I believe you are missing a big opportunity to expand and improve gameplay.  So I looked at things that could immediately improve gameplay.

1. Removing the restriction of upgrading buildings on only one farm at a time.  The tediousness of this at the moment is eyerolling. (The horsefarm should always have been separate in my view)
2.   Also the costs in $ to do things needs to be re-evaluated for people starting out it can seem to take forever to do anything.

Current change to xp daily challenge again really detrimental to new players and lower level players.  For new players trying to start out current changes would be a negative.  If you want to encourage new people to the game then you have to make it easier for them to get started, not harder.  The changes you have been making are only going to alienate people not encourage new people to the game and I don't believe it is encouraging to new players to stick at it for the longer term

Again this current setup is quite discriminatory for lower level players to earn decent xp when they are up against higher level players, especially when things like the co-op challenge is on etc. Why not make this more of a level playing field for all players.   I'm not saying to get rid of current set up, but rather to just give people more  options to earn xp.

Overall farming is about growing crops (which lets face it on Big Farm its a small range) and Animal Husbandry, which is not bad but not a lot of options to do things with them except sell. I have put in the suggestion previously of a delicatessen to make sausages, hams, pies etc (this could use animals and crops)  Could be set up like the Bakery with its own storage or even expand what can be made in the bakery with shorter times.   And what about the 'Flower' farm?  Where are the flowers, you have lavender, vanilla and jasmine.  You call that a flower farm?????    There are millions of other flowering plants out there.  They could be grown and sold, you don't have to make things with them.  Variety gets people interested, currently the choice of crops is pretty boring, and waiting for them to grow is finger tapping hell.

What about doing one off comps for a particular crops thats only available once, but people get a pressy for doing it.  You could also do some which are only available to be purchased with gold.  If you give the option for either its gives the feel of fair for all.  Not everyone has spare cash to buy gold all the time.

I could go on an on, but I feel you guys at Good Game actually dont really want to know what your players think or their suggestions for improvements.

You know since you changed the Lab I've spent $5 for the piggy bank and that's it.  I just dont feel comfortable spending anything on the game anymore and the current changes actually have made my interest wain as well.

If you want this game to really flourish then you need to change the perspective of the business model, because the way its going, your killing the game.  This is just my thoughts on things missing and hindering the game.
I've spoken to a few players about their experiences as well and all currently seem disenchanted with current changes and gameplay, which I find sad because there is huge potential with this game to be so much more than it currently is.