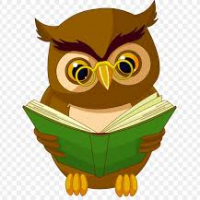 Hey, hey everyone. Here is a little contest for you. In the spoilers below are hidden 9 love stories. For Try to discover the names of the couples (in some stories you have to name more than one ). For each correct name, you will earn a point. You can earn 23 points in total.
SEND YOUR ENTRY TO ME IN A PM

Please do not post the answers on this thread.

One entry per person. You may correct your answer, but you have to state clearly that its the correction and therefore you want me to take your new entry as a valid one.
The top 5 winners will get the cupid balloon (there will be a random draw for balloons in a case of a draw result).
Also, 30 000 gold will be distributed among the top best scores and entries will get the Valentine badge.

1. A boy with a French city name was not in an enviable situation. He has to choose which of the three Greek goddess was the most beautiful one. The one he chose gave him as a gift the most beautiful woman, but unfortunately a big bloody war that went with the bride as well. That's Greek gods for you! In the process, he also abandoned his previous wife. After the war, when he was wounded, he begged his former wife to take him back, but she refused. Name all three (a boy, a former wife and a new beautiful wife).
2. In that big bloody war from story one, there was a wise man. He had and idea about a wooden horse that would end the war and in addition attack computers in some later time. Unfortunately his orientation sense was not so great. He needed 10 years to find his way back home. In the meantime, his wife was being persuaded to remarry and she did everything to avoid it. Fortunately he came back just in right time when she ran out of ideas, killed all the bachelors (oh, those Greeks!) and they lived happily ever after. Name the couple.
3. Somewhere in the Middle world lived a beautiful daughter of an elf king and a divine mother. The mighty hero saw her dancing in moonlight and they fell in love. Unfortunately her father was not happy that her daughter would marry a mortal man, so he gave him a mission impossible (getting one of the jewels from the throne of the major bad guy) as a condition to marry her. She went with him on that mission and they were successful, but unfortunately he was mortally wounded and died. She nagged the Valars with her grief until they decided to give him his life back in exchange for her immortality. Later in time, their descendants shared a similar fate. Only this time the groom did not die during his mission and there were some hobbits included. Name both couples.
4. He was a mighty king and had a very loyal knight on his side. But when he found himself a wife, the knight fell in love with her as well. It was really, really awkward situation. And there are actually TWO love stories that follow the same scenario. In one the king had something against rectangular tables and had a hobby of taking swords from stones and in second, the king was called Mark and the princess was from Ireland. Name both forbidden couples (knight and a lady).
5. She was a beautiful princess during day and a not-so-beautiful-by-common-opinion princess during night. So her parents closed her in a castle guarded by a dragon to wait for true loves first kiss. It was supposed to be prince charming on a white horse, but fortunately he was overtaken by a not-so-prince-by-common-opinion with a talking donkey. Well, guess what. The dragon and the donkey fell in love and all four lived happily ever after. All thanks to lord Farquad. Name the unusual couple (not the donkey and the dragon, the other two!).
6. This king was enraged by the infidelity of woman (in general), so he decided on a big revenge. Every girl he married he killed the same night. But fortunately one day, he married a very, very bright young lady. She started the night by telling him a story and finished just on a spot when things got really interesting. So he spared her life to hear the story ending. Things repeated the next night. And next. And next, until exactly 1001 nights passed. He finally fell in love with the woman, forgot about his revenge and made her a queen. Name the couple.
7. Another modern story that happened on Discworld, carried by four elephants, carried on turtle. He was a poor fatherless boy with intense sense of justice. That could lead to only one ending: he became a copper and an alcoholic. She was the richest woman in the whole city, crazy about dragons and had a couple of extra pounds. Somehow, in one dragon-business, they met each other and slowly fell in love. She admired him with all her heart and he was puzzled by that, as he thought that there was nothing to admire. On the other hand, he loved her so much that he tolerated all the bad things that came with the marriage: having to talk to the rich people, getting titles like knight and duke (he liked "commander", though), wearing itchy socks and boots that did not allow him to feel the streets and most unfortunately having to eat sandwiches with too much lettuce and tomato and too little bacon. Name the couple.
8. Like the famous song says: he saw her bathing on a roof. He was recognized as a king with good moral sense, but he could not resist and called her to the castle. It could have ended there, but she got pregnant and her husband was away in war. Trying to cover his sin, he committed an even worse sin: he made sure that her husband was killed in war. The Lord was not happy and the child did not survive the birth. Nevertheless, he took her as one of his wives and her son become the king of Israel, widely known for his wisdom. Name the couple.
9. He was the son of a muse, and therefore a grand musician. He fell in love with a lady. Unfortunately she got bitten by a snake and died. He went to the underworld to find her, and convinced Hades to give her back. Nevertheless, there was a condition: he should not turn back before they reached the world of living. Not being sure if she was following him or not, he turned before he crossed the threshold, just in time to see her vanish back into the world of dead. Name the couple.

This discussion has been closed.
Back to Top
Sign In
New Discussion