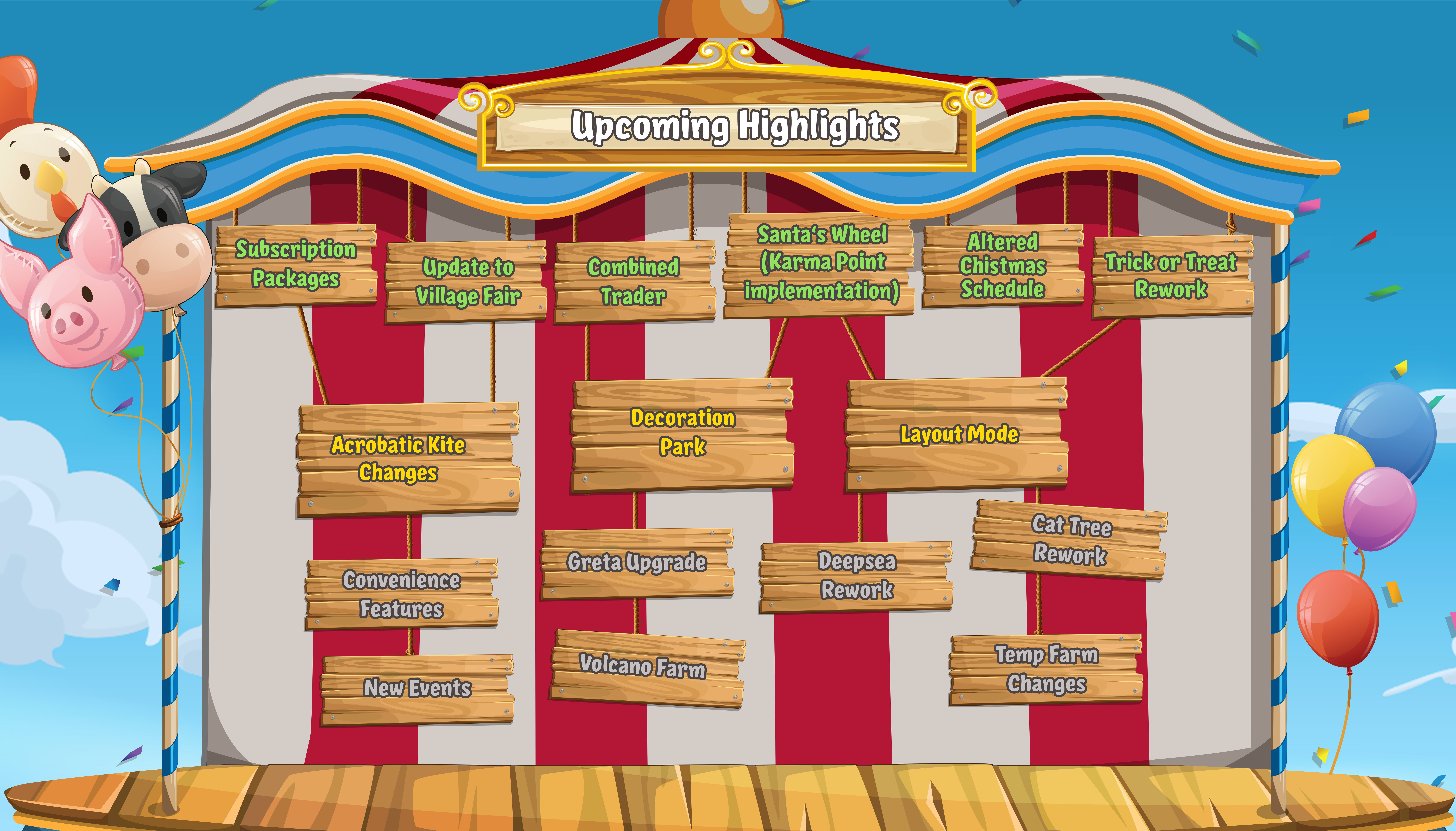 Welcome one and all!

With this post we would like to give you a preview of what is coming up for the rest of the year in Big Farm, along with some previews of some plans for a little further down the line. So let’s see what’s in store for 2018 (and potentially 2019)!

Further Ideas for 2018 and Beyond

While the above topics are already planned in for this year, we also have some further topics we want to address down the line. Here is a preview of the things that are next up on the list of things to add!

And finally, a sneak peek at the topics we are considering and working towards for Big Farm 2019.

So that’s our aims for 2018 and a little into 2019 as well!  - What’s your most anticipated change or addition? What are you looking forward to? - You can let us know below.

"Creating the gold lock in Flash and HTML5 actually creates a double task for us, so rather than build it now for both versions we will work on that feature when we fully switch off the Flash version. It wouldn't make much sense to have to build it twice and spend double efforts on it but we are already preparing the beginnings of the the feature to be ready shortly after HTML5 goes 100% live."