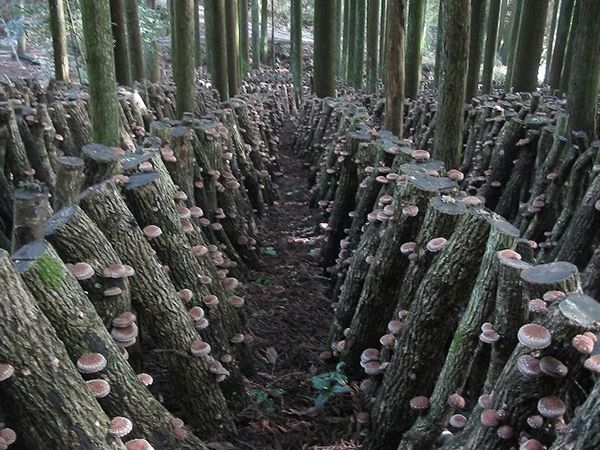 Ever since I started playing this game I had looked forward to the incorporation of mushrooms, when I learned of the Mushroom Stew event I got excited and couldn't wait. Then the 'find the candies' event started and someone said the mushroom event was just like it, and I was severely disappointed because I hate the 'find it' events, and that is hardly a nice way to incorporate mushrooms into this Big Farm game!

I would also like to see things like yeast and koji, (I swear I saw a soybean crop when I first started playing this game, does anyone have a screencap of it, back around or before October? or am I crazy?) If they had soybeans, rice, and koji, we could make miso and soy sauce!

You could have a dedicated mushroom greenhouse that can process leaves/humus, dung/fertilizer, different woods, other products, etc. into various edible mushrooms, as well as being the place to store fermenting goods such as the miso or this next suggestion:

Vinegar:
I would have preferred to give it its own thread, but while I am here, how would everyone feel about vinegar? I will point out that grape vines and wine has been suggested before, and shot-down as "not-child-friendly" and therefore not to be incorporated. I will then point out that vinegar is made from alcohol. Finally, I would point out that just because that is true, does no mean that alcohol has to be apart of the game in order to get vinegar. It can go straight from being apples or grapes to being vinegar, without the alcohol step in between. How would you feel about that?
Post edited by qewt (US1) on 26.02.2018
2