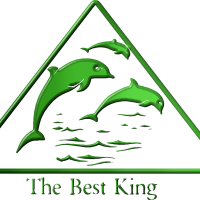 The Best King (INT1) INT1 Posts: 867
04.08.2021 in Suggestions
What we were thinking, is perhaps a new, different type of chwe that would maybe alternate with the current hwe's & chwe's.

It wouldn't be a completely new event, but instead of only having the coop rankings and coop boosters to make it a "cooperative" hwe, it would truly be an event that the coop played together.

Basically, the boxes of the hwe wouldn't be filled by players playing individually, but the whole cooperative would contribute to adding time, and points per second to the chwe box.

There would be a maximum of 100 points/second, and the increase of needed items per point would increase the same as normal, albeit with the increase of the current 1-10 points stretched to 1-100 points.

Anyways, an interesting idea i think, and always possible to be tweaked, please leave a like if you think it's a good idea, and thank you very much for creating this idea with me @Exxy (INT1)