Grandpa Squeak (US1) US1 Posts: 62
23.07.2021 in General Discussions & Questions
My first go today on cooperative challenge netted me 10 missions in an hour. With a 5 minute maximum time the minimum should be 12. Some of the time the game exceeded the 5 minutes max that its supposed to take. I typically average 40 missions in an hour when the stack master is running.
You can see from this screen shot that it took 8 minutes to get a new mission after the milk mission. 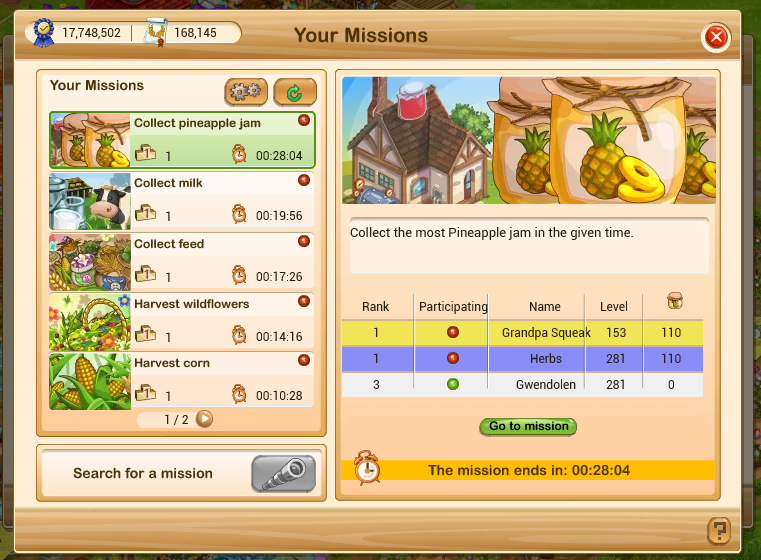