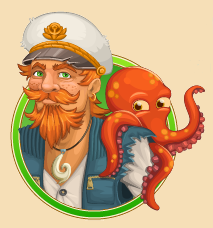 Some of you will remember the "Tessa on Holiday" thread,
which was sadly lost in the move to this forum.
We liked the idea of that thread & so have created this one, based on a similar idea
of stories & pictures, which will remain open for new additions.

Yarnacle is known for his adventures, where he spreads his yarns of life on BF & the characters that live here,
this is your opportunity to rival his story telling.

Why does your farm look the way that it does?
Is there a good story behind why things are placed where they are?
Perhaps you always place decos with an open fire, near to a water source,
for health & safety reasons. - It does not have to be a true story, use your imagination!.

All you need to do is post a picture from anywhere on your farm &
add an interesting/clever/funny story, about why the things in the picture are where they are.

You can even come up with the story first and then create a picture for it on your farm.

We want to end up with a collection of "Big Farm Yarns", created by you & fun for everyone to read.

There is no closing date, so we will be reading all your entries &
we will give out rewards to any that really impress us,
such as this special "Yarn Spinner!" badge

You may come up with more than one Yarn to post, that is allowed, though
please do not make  consecutive posts & we cannot promise multiple rewards to the same person.


Have fun & we look forward to reading about life on your farms!. 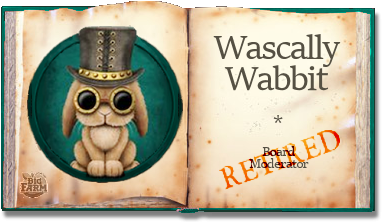