New Events to shake it up a bit 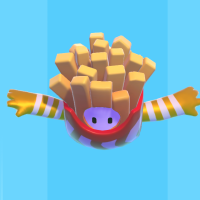 danko (AU1) AU1 Posts: 20
30.09.2021 in General Discussions & Questions
Backstory, I am very OG to this game. Pretty sure it is around 2011 to join the game. I have seen pretty much everything, However there were some events that used to be pushed greatly but are now discontinued, and I thought it would be a great Idea to bring a few of them back.

I had such a fun time back in the day playing the:

Chinese New Year event, where we would collect as much as we can towards a decoration that featured the Chinese New year animal of that year. It was so fun talking about it amongst my coop members and my friends, like who was going to finish it first, the deco we would get out of it.

Another one is the

Orphanage Charity Drive. Basically, a lady came around to your farm every couple weeks, could've been months, and she had a telescope up for grabs. you had to donate the most normal dollars as you could to the thing, and the more you donated, the better the telescope you would get. I remember winning that once, and that was the best feeling ever trust me!


I'm saying these because there doesn't seem like much else we can do in the game right now except the rotational CC or HWE/VF, and these are just chill easy side events, they are not hard even back in the day.

I would love these be considered and LOVE for them to return back.

Also, make the normal farm have nothing around it for a day. Gives me those old vibes

, but too hard to replicate so just a fun idea lol

Thanks, I just had to get that off my chest